Let's Get the Band Back Together

Share All sharing options for: Let's Get the Band Back Together 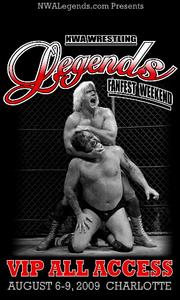 The original Four Horseman will all appear together at Greg Price's charlotte Fanfest.

That’s right. The original Horsemen. The one with Ric Flair and Ole Anderson. That in itself should be worth the price of admission.

It’s been years since Flair and Anderson have crossed paths. The two actually were in the same venue at the same time during last year’s Fanfest, but were strategically placed in different parts of the building. This year they’ll be sitting together at the same table, signing autographs, posing for photos and mixing with fans at the Charlotte event.