Share All sharing options for: Kenta Kobashi returning to AJPW?

Kenta Kobashi, the 42 year old Japanese wrestling legend, is rumored to be returning to All Japan Pro Wrestling at the 8/30/09 Sumo Hall show.

While there isn't a lot of news to be found online to confirm this, I have found this newspaper clipping that seems to be pointing to a match with Satoshi Kojima. 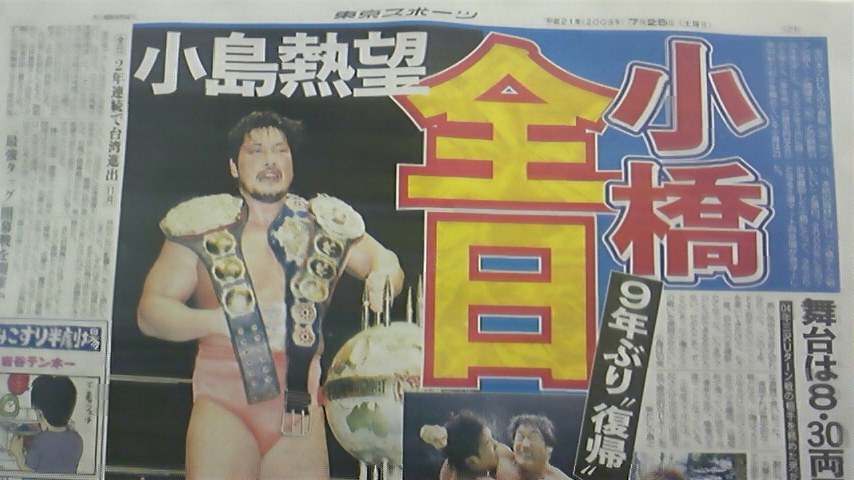 The rumor is that this would be for one night only, which is just as well as Kobashi, as he currently holds the GHC Openweight Hardcore Championship for Pro Wrestling NOAH. Also, it was only 2 years ago that Kobashi was diagnosed with kidney cancer, and it is questionable if he could handle the rigors of wrestling a full schedule for two wrestling organizations.