The State of ROH for July/August

Share All sharing options for: The State of ROH for July/August 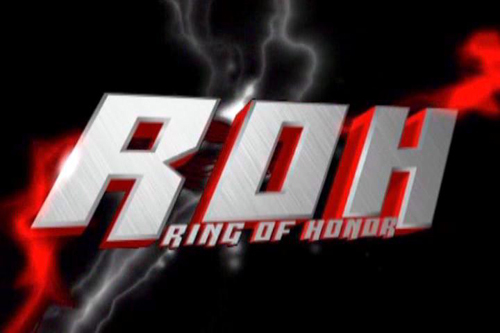 We here at Ring Psychology understand that it may have been some time since you’ve followed wrestling regularly. Perhaps you’re looking to jump back into it, but you’re concerned you won’t understand what’s going on. "Oh no," you may be thinking, "I don’t want to look like a fool in front of my wrestling friends if I can’t tell The Miz from The Morrison!" Don’t worry, we’re here to help! "The State of…" will provide key storyline info and identify the main players of all the major television shows…and ROH, too!

Some of you may be familiar with the East Coast-based promotion Ring of Honor. You may have seen their initials featured in Academy Award-nominated film The Wrestler. You may have heard your nerdy wrestling friend going on and on about "Brian Danielson". Regardless of your exposure to ROH, there are two things to keep in mind:

1) They are the largest independent wrestling promotion in America.
2) They are a sinking ship and probably won't be around in a year's time.

Although they have a TV deal with Mark Cuban's HDNet (yeah, I don't get that channel either), ROH's glory days are long past. They still offer up outstanding wrestling, but by and large they don't really give you a reason to CARE about anything, since they place only the smallest investment in compelling characters or stories. That being said, they do have a few standout performers in their midst.

Let’s take a look at the major players and storylines of ROH!

ROH World Title: The current title holder is Austin Aries, possibly the best heel in North America, the twelfth holder of the title, and the first-ever two-time champion. His gimmick is not that he is a hypersexual lothario who is better than everyone, and he hangs around with like-minded wrestlers Kenny King (of Tough Enough "fame") and Rick Rude knock-off Rhett Titus. The fact that ROH is in its seventh official year of existence and averages two title changes a year results in the title being one of the few in wrestling that is not horribly devalued, although charity reigns for James Gibson and, more recently, Jerry Lynn, have not done the belt any favors. Currently lurking around the title scene is Tyler Black, a young man with a giraffe-like neck who many assumed would have won the World title a good long while ago. He has the proverbial rocket strapped to his as, so far ass ROH goes, and has won the hearts of all but the biggest fans of soulless workrate pedantry. Also assumedly in the mix are former champs Nigel McGuinness, who inevitably dropped the title after his arms fell off, and Brian Danielson, long hailed as the best wrestler in the world. The ROH World title scene is sort of hard to pin down at times, as ROH rarely has "number one contenders" or "angles" or "reasons people are wrestling". They usually just make matches based on how good a match two particular guys can have together, or how long it has been since two guys have fought. While that's a fine way to run a business, it's actually a terrible way to run a business.

ROH Tag Team Titles: The tag team scene is really where ROH shines, and I mean that in all seriousness. In fact, the US indies are putting on mind-boggling tag team matches everywhere, tag teams coast to coast leaving crowds slack-jawed in amazement. I would go so far as to say the American indie scene is undergoing an honest-to-god tag team rennaissance at the moment. Compare and contrast that with WWE, where all four tag titles are currently held by one guy, or TNA, where instead of tag teams, they just have their audience visualize a wrestling match and chant accordingly. The ROH tag team champions are The American Wolves, consisting of Eddie Edwards (a capable hand) and Davey Richards (originally a Chris Benoit clone who has spent the past year developing into a world-class meanspirited dickhole heel). Their arch-enemies are Kevin Steen and El Generico, an angry fat man and a pale Canadian pretending to be a Mexican, respectively. Steen and Generico are great, and anyone who disputes this has probably not seen them wrestle. ROH, unlike the major companies, has no shortage of tag teams hungry for the belts, like The Briscoes, The Young Bucks, The Dark City Fight Club (no really, that's their name), and occasional super-teams like Tyler Black and Brian Danielson. If there's a tag team match going down in ROH, odds are it's going to be great.

Other Notables: Hanging around lately is Japan superstar KENTA (not the one with cancer, the one with the flocked tights), who may be starting a feud with "That Young Knockout Kid" Chris Hero (who is neither young, a kid, nor a hero), who has stopped wearing a shirt while wrestling recently and boosted both his credibility and his appeal like a million billion percent. Colt Cabana is back on the indie scene and back in ROH, and doing the same thing he's done ever since he's been a wrestler, so take that for what it's worth. Brent Albright is actively feuding with Claudio Castagnoli, and absolutely no one cares. Also worth noting is D'Lo Brown, who not only is still alive, but is wrestling as a heel!

Thanks for reading, and we'll see you next time with hell, who knows, the state of CHIKARA?