Share All sharing options for: Lita: "I Don't Miss it" 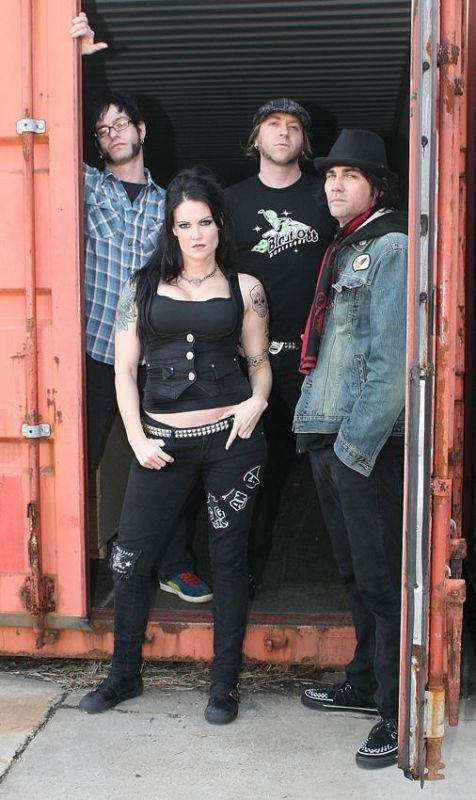 Former WWE diva Lita lit the wrestling world on fire with her real life love affair with Edge. Today, wrestling is like a distant memory for her. And no, she doesn't miss it.

"No, I don't miss it. Maybe if I didn't do any other form of entertaining in front of a live audience I would miss it, but I still get my fill of being an entertainer, just not in the ring.

"I talk to some people there, yes. I can't speak for any of them though, so I don't know about life there changing. It's usually catching up on life rather than work gossip, so I can say I am out of the loop on that."

Being a woman in wrestling is hard. Congratulations to Lita for finding an even skeezier genre than wrestling to insert her giant fake tits into: punk rock.

And the name of her band? Not The Edge or The Hard Way. The Luchagors. Score one for all the men down Mexico way who broke her into the business. Well done!

A fan despite all this? The preferred nomenclature is Luchawhore.