Good Ole Jim Ross on Brock: His level of intensity and fury is scary

Share All sharing options for: Good Ole Jim Ross on Brock: His level of intensity and fury is scary 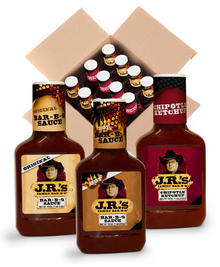 Lesnar's post match, unscripted remarks did not completely surpirse (sic) me. Those that do not personally know Lesnar as do I need to understand that his level of intensity and fury is scary. Brock has said many things in private conversations that I have been a part of that would make one do a double take. He is an intimidating, emotional jock who has been known for speaking first and thinking later. I don't think Brock is an inherently evil person whatsoever but his level of competitiveness can be dangerous. It's like Brock "moonsaulting" at Wrestlemania 19 in Seattle against Kurt Angle when being advised not to prior to the bout. Lesnar was told that men his size don't do top rope Moonsaults which was the wrong thing to say to the former NCAA All American and National Champion. Lesnar came close to tragically ending his athletic career that night while defying logic and doing what others told him that he could not do.

...Plus, let's not forget that some people genuinely enjoy being a badass bully. Lesnar, in a ring, mat, or octagon, embraces that persona. Brock may say that he did not like school but the South Dakota farm boy is far from being a dumb jock. Lesnar has plenty of common sense and knows, as Eric Bischoff wrote, that controversy does in deed create cash.